Home / In the news

The Minnesota Philharmonic Orchestra’s (MPO’s) upcoming season resonates with the power of diversity and musical excellence!

Music Director Brian Dowdy has curated for you a season that spans a musical panorama from the Victorian to today; from Milan, London, and Paris to New York and Minnesota; from the peaceful to the thoughtful to the exuberant. We will perform at a range of venues from city to suburb, from concert hall to lake shore.

As we launch our 26th season, we remember Kevin Ford, a gay man who had a vision of a gay and lesbian orchestra that would build community and fellowship through the performance of classical music. Some of our musicians have been with us since the very first performance because the music still means that much to them. Under concertmaster Catherine Himmerich, our hardworking musicians strive from rehearsal to rehearsal to enhance their personal performance on a musical journey that brings you the dynamic, personal feeling of music in our community.

Our concerts prominently feature diverse and overlooked composers — people of color, women, and GLBTQA artists. Inclusivity imbues our programs with a sense of insight and awareness found nowhere else in the country! American innovators are balanced with canonical masters to round out musical experiences full of emotion, precision, and a depth of ensemble interpretation to make you proud of your community.

One Voice Mixed Chorus joins MPO for a transcontinental program featuring Florence Price’s Symphony No. 1 and operatic works by Verdi and Copland. It’s a celebration of cultural and artistic diversity — of both music and the musicians performing.

The Inspirations of Youth

Music by composers who showed genius at a young age—and some who died too young. Libby Larsen co-founded American Composers Forum at 23. Samuel Coleridge-Taylor achieved worldwide fame at 22. A black composer in a time of extreme racism, he took three U.S. tours and was invited to the White House in 1904. Franz Schubert wrote some 1500 works though he died at 31 years old. José Pablo Moncayo draws on the folk music and dance of his native Mexico for a colorful display of musical nationalism. Though he only lived to be 45, Moncayo’s achievements as a pianist, percussionist, composer, conductor, and educator make him a lasting voice in Mexican art music.

Support the Twin Cities’ GLBTQ orchestra as part of your end-of-the-year giving. 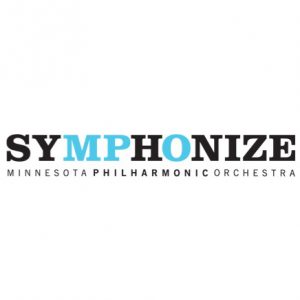 This performance was recorded on March 14th, 2010 by Twin Cities Public Television for their MN Original television program!

The segment MN Original produced about the Minnesota Philharmonic is available on their web site. Thank you, MN Original!

If you attended our winter concert this year, you may have noticed the television cameras around the house. That performance (and some rehearsals earlier) were taped for use in a segment on Twin Cities Public Television’s weekly arts program MN Original.

Our story will be aired on several dates, so you may have to work hard to miss it!

In addition, the full episode will be posted on MN Original’s web site, along with additional content, web exclusive videos, and background information!

Check out the MN Original program, featuring the Minnesota Philharmonic!

The Minnesota Philharmonic and composer Sarah Miller were highlighted in the Minnesota Women’s Press for our concert in November of 2009. The article talks about our collaboration with the composer to put together the orchestrated version of ‘She Just Wants.’

Minnesota Philharmonic Orchestra (MPO), the first GLBT orchestra in America, will be spoiling us with a blissful spring concert, Hit Parade, on May 30, 7:30 PM, at Hamline University’s Sundin Hall.
For the May performance, MPO will welcome violinist Andrew Sords, who will perform Tchaikovsky’s Violin Concerto in D Major. Also included in the concert are Franz Schubert’s Overture in C Major (D. 591) and Ludwig von Beethoven’s Symphony No. 7 in A Major.

During Sords’s first visit to the state, he will reprise his performance with MPO at the Queer Music Consortium’s annual free concert on June 1, 7 PM, at Como Park Pavilion. In addition, he will give demonstrations for elementary students in select St. Paul and Minneapolis schools.

The 11th annual World Cultural Conference of the International Lesbian & Gay Cultural Network will be happening September 19th and 20th, 2009. The Minnesota Philharmonic’s performance at Ted Mann hall on September 20th is a key part of Minnesota’s presence at this international conference.

The International Lesbian & Gay Cultural Network was created at the ILGA world conference in Paris in 1992 to promote international rainbow culture and exchange across borders.