This concert has been cancelled. Please join our mailing list to get notified about future changes to our schedule or make a donation to support us. Thank you!
Saturday, May 16, 2020, 7:30 PM
{saturday}

Sibelius’ Karelia Overture celebrates the composer’s homeland, and MPO celebrates Minnesota’s Mina Kaiser in her Tombeaux & Rainbow. Persichetti’s Pastoral for Wind Quintet and Borodin’s In the Steppes of Central Asia journey through landscapes real and imagined, and William Grant Still’s Symphony No. 5 “The Western Hemisphere”. 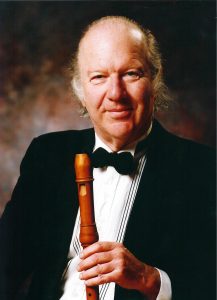 Shelley Gruskin, a native New Yorker, is a graduate of the Eastman School of Music. After playing briefly with the Rochester Philharmonic and the NBC Opera Company he turned his attention to early music, joining the New York Pro Musica in 1961 and performing with that group until 1974; the group toured in Europe and the USSR, and was one of three performing organizations chosen to inaugurate the opening of Philharmonic Hall at Lincoln Center for the Performing Arts. Gruskin’s playing on a variety of medieval, Renaissance, and Baroque wind instruments can be heard on many of the group’s recordings.

Gruskin was a pioneer in the revival of several early instruments, being the first to use Renaissance flutes, krummhorns, rauschpfeifes, and historical bagpipes in the performance of early music. As a 15-year member of the Philidor Trio, he was likewise the first in America to use 18th-century flutes in regular concert performances of baroque music. As described in the New Grove Dictionary of American Music and Musicians,

“Gruskin, who is a versatile and spirited player, has done much to dispel long-held notions about the intractability of early woodwind instruments.”

He has taught at the New England Conservatory of Music, The Hartt College of Music and at Queens College in New York. Presently, he is Faculty Emeritus at the College of St. Scholastica in Duluth, Minnesota, and conducts the Center for Early Music Orchestra. He was President of the American Recorder Society from 1980 to 1988 and received their Distinguished Achievement Award in 1991. The American Recorder magazine Millennial Edition listed him as one of the 10 most influential recorder players in the world, and he is listed in Who’s Who in American Music. 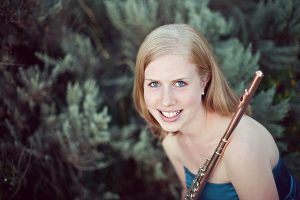 Johanna Gruskin is a flutist at the New World Symphony in Miami Beach. Previously she held the position of Principal Flute with the Knoxville Symphony and the YMF Debut Orchestra in Los Angeles. She has performed as a guest with the Milwaukee Symphony, Malaysian Philharmonic, Kansas City Symphony, Louisiana Philharmonic and San Antonio Symphony. Johanna was twice a fellow at the Tanglewood Music Center and returned as a featured performer of contemporary music with the New Fromm Players. She has also attended the Aspen Music Festival (including one summer as the piccolo fellow), National Repertory Orchestra, and the Orchestra of the Americas. With her woodwind quintet, the Midic Winds, she was a bronze medalist in the Fischoff National Chamber Music Competition and a finalist in the J.C. Arriaga Chamber Music Competition. The Midic Winds performed as soloists with the Eastman Wind Ensemble and also on the Matinee Musicale Series in Duluth, Minnesota.

Johanna was the national first­ prize winner of the 2011 Music Teachers National Association Senior Woodwind Solo Competition, the winner of the 2012 Rochester Flute Association Young Artist Piccolo Competition, and a finalist for the James Pappoutsakis Memorial Flute Competition in both 2014 and 2015. She holds a Professional Studies Certificate from the Colburn Conservatory of Music, a Master of Music degree from the New England Conservatory, and a Bachelor of Music degree from the Eastman School of Music. Her teachers include Jim Walker, Elizabeth Rowe, and Bonita Boyd. Originally from Duluth, Minnesota, Johanna was a member of the Duluth-Superior Youth Symphonies and performed as a soloist with the University of Wisconsin-Superior band. In 2017, Johanna and her father, Shelley Gruskin, premiered Mina Kaiser’s Tombeaux and Rainbow with the Lake Superior Chamber Orchestra conducted by Warren Friesen.